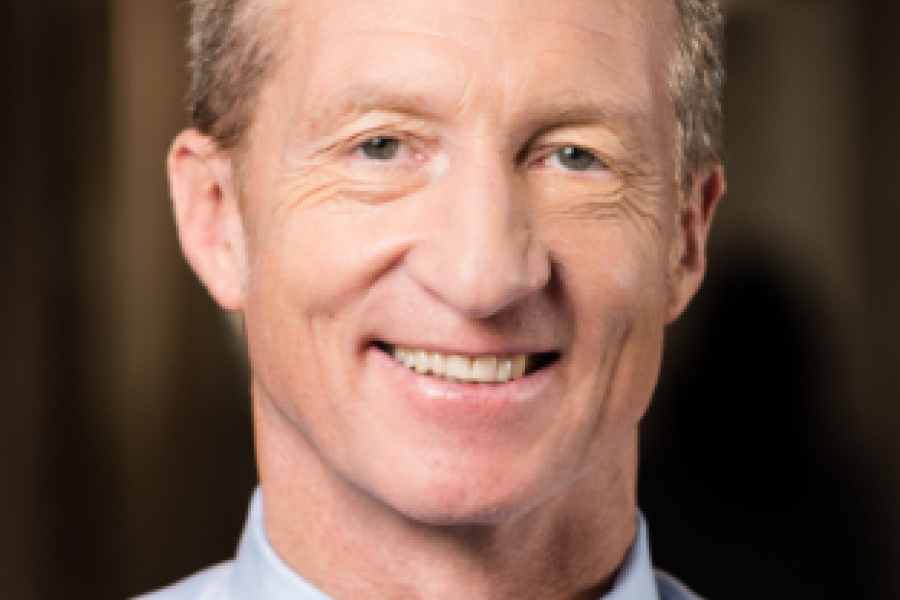 Tom Steyer is a business leader and philanthropist who believes we have a moral responsibility to give back and help ensure that every family shares the benefits of economic opportunity, education, and a healthy climate.

In 2010, Tom and his wife, Kat Taylor, pledged to contribute most of their wealth to charitable causes during their lifetimes. That same year, Tom worked to defeat Proposition 23, an attempt by the oil industry to roll back California’s historic plan to reduce pollution and address climate change.

Tom founded a successful California business, which he left to work full-time on non-profit and advocacy efforts. He now serves as President of NextGen America, an organization he founded in 2013 to prevent climate disaster and promote prosperity for all Americans. Tom also serves as co-chair of Save Lives California, the coalition to prevent teen smoking and fund cancer research.

Tom’s dedication to public service is greatly inspired by his wife, Kat, the co-CEO of Beneficial State Bank in Oakland. They founded this nonprofit community bank in 2007 to provide loans to people and small businesses shut out by the traditional banking system. Unlike most banks, by statute Beneficial State Bank invests any profits back into the community.

Tom and Kat live in San Francisco and have four children.